What (Marin County) Land Is Your Land? 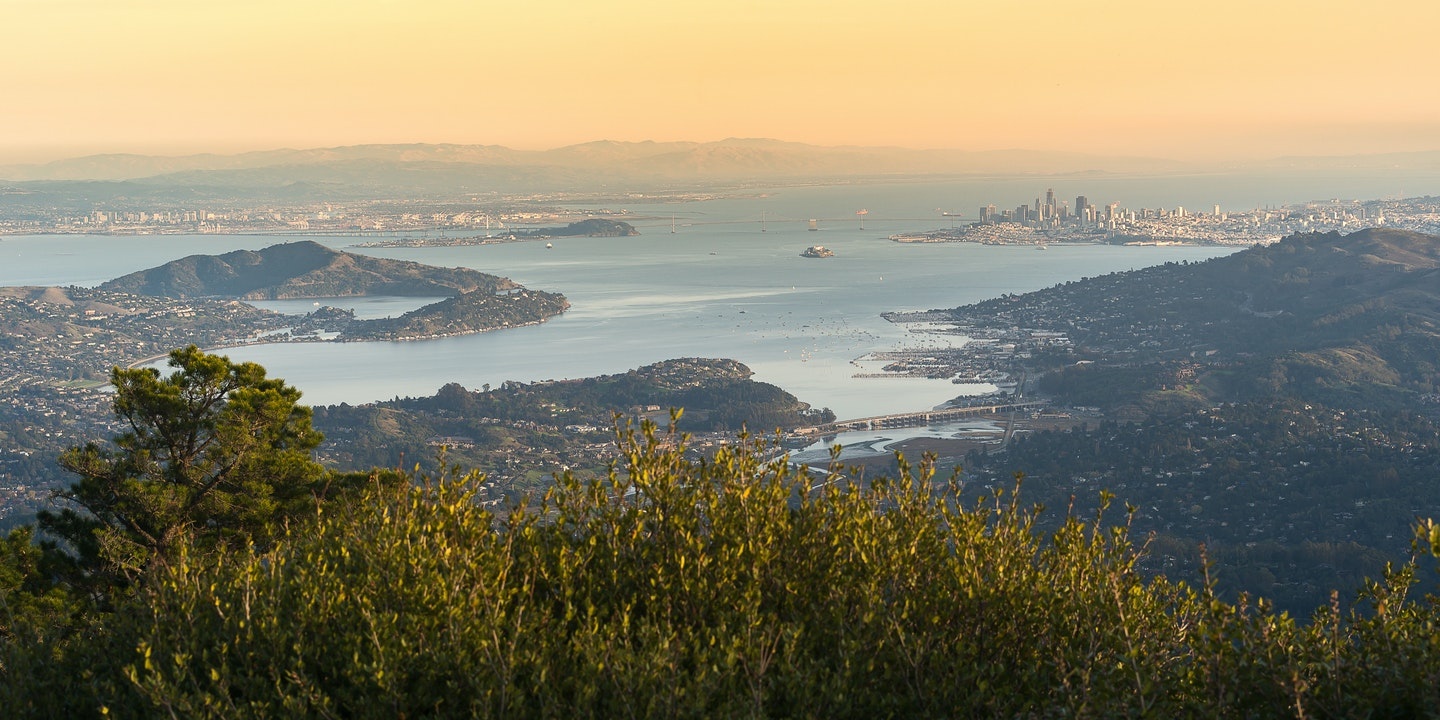 What makes Marin desirable to most of us is the eclectic mix of elegant village offerings and wild country excursions. More than 250 farms and ranches thrive in West Marin, as well as cheesemakers, farmers, winemakers and artisanal purveyors who then sell their wares at the Sunday Marin Farmers Market, held outside the County Civic Center in San Rafael; Sausalito, Tiburon and San Rafael waterfronts offer peaceful vistas and excitement for the seafarers among us; Fairfax offers an expanding number of venues for live music, as do the San Anselmo and San Rafael weekend closed street strolls. In  fact, with more than 10 separate downtown districts in which to dine, shop and stroll, residents can explore a new destination every weekend and still have more to discover.
With an astonishing 58% of land protected as open space, Marin’s communities are quite literally surrounded by parkland. From the ancient redwoods of Muir Woods National Monument to the 2,500-foot summit of Mount Tamalpais to the sheltered coves and craggy beaches of the Golden Gate National Recreation Area and Tomales Bay, Marin is home to no fewer than six state parks and three national ones.
But for those just starting to consider the move to Marin, here is a helpful synopsis of each town:

So interwoven it’s hard to know where one begins and other ends, the twin cities of Larkspur and Corte Madera share a middle school and high school, Governor Gavin Newsom’s storied alma mater Redwood High, as well as two elementary schools. And despite its name, the Larkspur Ferry terminal, with its frequent high-speed service to San Francisco, is equally close to either. Beyond that, though, the characters of the towns differ, with Corte Madera spreading along the waterfront and in quiet cul-de-sacs of 1950s- and ’60s-era ranch houses, while Larkspur’s stately Victorian cottages and farmhouses stretch back into the mountain canyons. Corte Madera also boasts two of Marin’s biggest and liveliest shopping malls, including REI, which outfits Marin’s legions of hikers, campers and bikers. Marin Country Mart – formerly known as Larkspur Landing – houses a lively farmer’s market and food truck hub, as well as popular restaurants like Rustic Bakery.

Mountain bikers pour into town on weekends to ride miles of single and double track crisscrossing the slopes above town. Home to three of Marin’s most beloved live music clubs, Fairfax has long taken pride in its identity as an enclave of unconventionality, though its two-block downtown increasingly caters to young families and weekend warriors with taprooms, cafes and upscale arty boutiques. Fairfax’s more sedate neighbor, San Anselmo boasts a walkable main street lined with elegant clothing shops and a vibrant independent bookstore. The two towns run together along the artery of Sir Francis Drake Boulevard and share a high school.

Many Mill Valley houses started life as rustic cabins, built as summer retreats by wealthy San Franciscans, and that serenity still prevails in the tucked-away redwood canyons and sunny valleys of this sleepy burg just eight miles north of the Golden Gate Bridge. Shops and cafes cluster around downtown’s Depot Plaza, where passengers once waited to ride the “crookedest railroad in the world” to the top of Mt. Tamalpais, but the majority of businesses are now located along Miller Avenue in the adjacent Tam Valley and in the waterfront area known as Strawberry Point.

San Rafael has been Marin’s historic heart since the founding of its Spanish mission and cathedral in 1817. It serves as the county’s engine of commerce and government, the latter housed in an eye-catching Frank Lloyd Wright-designed civic center. Divided by the waterways of a central canal and bisected by busy Highway 101 with easy access to the I-580 and Larkspur ferry, San Rafael spreads out in all directions, hemmed in by the bay on two sides with the trails of China Camp State Park overlooking the water. The city’s distinct neighborhoods include the Glenwood-Peacock Gap area along San Pablo Bay, more suburban developments of Terra Linda and Santa Venetia to the north and the Canal District, home to a largely Latino community with a vibrant mix of Central American cultures. In fact, San Rafael holds the distinction of being Marin’s most diverse city, with seven elementary schools, two middle schools and two high schools priding themselves on serving a diverse student body.

Its gentle slopes once dotted with grazing sheep and planted in orchards, Novato was largely agricultural until the 1930s when the construction of Hamilton Air Force Base drew large numbers of residents to the area. Novato became a bedroom community for baby boomers, defined by clusters of 1940s-era cottages and swaths of 1950s and ’60s ranch houses. Today, kids ride bicycles on quiet cul de sacs, runners circle bucolic Stafford Lake, and the Hamilton base has been repurposed into Hamilton Field, a family-friendly community of Spanish-influenced architecture and wide, palm-lined streets. In addition to a thriving school district serving 7,500 students, Novato is home to the Indian Valley campus of College of Marin.
For more articles about buying, selling and living in Marin County, I invite you to visit my blog site. If you'd like to learn more, or tour Marin County's neighborhoods to find your perfect community, Contact Me, Tracy Curtis, Coldwell Banker Realty.

Just Moved In? Do These 8 Things Immediately

Marin Festivals To Enjoy This Weekend!

8 ways to care for your new home

What To Do In Marin This Weekend

What’s In Store For Our Marin Party Scene

Marin Home Design Trends for 2022 and beyond

Top 12+ Upgrades To Make Before Reselling Your Home

What (Marin County) Land Is Your Land?

10 Steps to Winter-proof Your Home

Timely Tips for Al Fresco Parties and Beyond

How to Enjoy the Fourth of July in Marin!

What Marin's Yellow Tier Means For You

8 Reasons To Hire An Interior Designer

Looking for Beauty & Space That Only Marin Offers?

INVEST IN YOUR LIFESTYLE

The undivided attention Tracy provides her clients on all fronts instills them with greater confidence in her, and she is consistently praised for her energy and enthusiasm. With Tracy Curtis as your real estate partner, you can dream in Technicolor. She is ready to take your call.